Tokenlon is a popular decentralized exchange that allows for trading and LON-token based rewards. 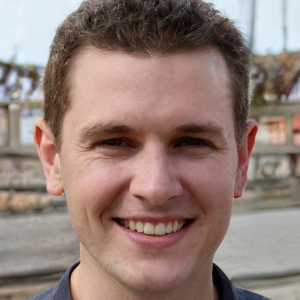 We recommend the best services through an independent review process, and advertisers do not influence our picks. We may receive compensation if you visit partners we recommend.

Focusing on high speed and accuracy, Tokenlon has gained popularity and is today one of the larger DEXs. Their fees are 0,3% per transaction, which is average for the market. If you are looking to trade cryptocurrency on a decentralized exchange, Tokenlon is a good choice.

Tokenlon is a decentralized exchange (DEX) and payment settlement system that is built on the Ethereum blockchain using the 0x protocol. The exchange was previously built into imToken, which is a self-custodial wallet, and could only be used through the imToken wallet application. Since 2020, Tokenlon is also a stand alone web based DEX, compatible with other wallets such as Metamask and Wallet Connect.

The exchange was created in order to facilitate fast and secure transactions with high accuracy (low slippage). As Tokenlon is a decentralized exchange, they are not holding your assets and you cannot deposit or withdraw funds from them. Instead, you are trading directly from your own wallet.

How does the trading work?

Tokenlon’s payment settlement protocol is a smart contract based on atomicity (also called atomic settlement), meaning that every transaction needs to meet the agreed prerequisites for it to succeed. Since version 5.0, Tokenlon has been using the Request For Quote (RFQ) quotation model to link to other AMM DEXs, such as Uniswap, Curve and Sushiswap, adding massive liquidity. RFQ is a token trading mechanism that allows users to place token orders and then wait for the best price quotes from suppliers, meaning that bids are matched with other buyers’ asks by finding an optimal match using liquidity providers.

Besides linking AMM pool, Tokenlon receive quotes from professional market-makers who partner with them.

Tokenlon has a fixed fee structure: users (both makers and takers) pay a 0.3 % flat fee for every transaction completed on the platform.

When the RFQ model is used, users may experience slippage when their transactions are processed. Slippage is the difference between the transaction quotation and the actual agreement that is logged on the chain.  Users can set their slippage tolerance (between 1-3 %) for every transaction.

Tokenlon was originally developed as the native DEX for the imToken wallet, which is hugely popular, particularly in Singapore. Today, Tokenlon also works on other wallets such as Metamask and Wallet Connect.

The decentralized exchange does not hold user funds (meaning no withdrawals or deposits) and all transactions are executed via the Tokenlon smart contract from the users’ own wallets . This means that no one can access or control a trader’s fund but themselves.

LON is Tokenlon’s utility token. It was created in order to provide a better user experience, to incentivize market makers and for governance purposes. The token can be used to receive discounts on trading fees, vote on governance proposals and earn rewards via staking. LON is an ERC-20 token that is minted through trade mining .

Transaction fees accumulated on Tokenlon are used to buyback LON from the open market. 40% of the LON bought back is distributed to the LON treasury and 60% is distributed as staking rewards to LON stakers.

The tokenlon staking program allows users who stake their LON token to receive LON as rewards. APY for staking was at 69% at it’s highest.

Tokenlon has generally received favourable reviews and has a good online reputation. It also has an active discord with several thousand registered members.

Tokenlon’s web interface is easy to use and understand, and looks like most other DEXs.

Tokenlon is a robust DEX with a solid team that is trusted by a large number of users, particularly in Asia. Focusing on high speed and accuracy, Tokenlon has gained popularity and is today one of the larger DEXs. They have an active discord with several thousand registered members and the members of the team speak both English and Chinese. Their fees are 0,3% per transaction, which is average for the market. If you are looking to trade cryptocurrency on a decentralized exchange, Tokenlon is a good choice.

When was Tokenlon started?

Tokenlon started in 2017, then as the native DEX for the wallet application imToken. Back then, the creators were called ConsenLabs.

Which coins are supported on Tokenlon?

Tokenlon supports a large amount of coins, including:

How secure is Tokenlon?

Tokenlon is a robust DEX with a solid team, that is trusted by a large number of users, particularly in Asia. Since users are not storing any funds on Tokenlon, one common attack vector, that of the exchange itself, is eliminated.

Which languages does Tokenlon support?

Tokenlon is available in English and Chinese.

Ryan Lewis
Author, financial advisor and expert of trading strategies. Writes most of the guides at Cryptoholics.com. Loves to motivate and encourage. Experienced fisherman and loving dad.
Open an Account

Our Rating:
4.5
5
Learn more
Cryptoassets are a highly volatile unregulated investment product. No EU investor protection.
CRYPTOHOLICS.COM use cookies on our website to give you the most relevant experience by remembering your preferences and repeat visits. By clicking “Accept”, you consent to the use of ALL the cookies.
.
Cookie settingsACCEPT
Manage consent