TL;DR: Because no one is mining cryptocurrency in Africa and because, to date, no locals have started their own cryptocurrencies to solve local problems, all the bitcoin in circulation in Africa comes from people who bought it at an exchange elsewhere for a profit. And in places where demand the demand for bitcoin is high, the price is even higher.

This post is based on observations in Zimbabwe, South Africa and Nigeria. But I’ve had first-hand experience running an exchange in Zimbabwe.

In Zimbabwe, our local exchange has been live for over 1 year and although the volume that was traded there has been constantly growing every month, the price of bitcoin there has almost always been around 10% higher than it is on other international exchanges. And many times it’s significantly more.

Liquidity alone does not influence price but liquidity and supply/demand together are what influence price movements. If we have a bitcoin supply but don’t have a demand for it, that does not force the price to go up. The price only goes up when the demand exceeds the supply. When demand exceeds supply, the demand will start competing amongst itself to buy the limited amount of bitcoin that is available on the free market — one where the highest bidder is the one who walks away with the bitcoin. In such a market, only the people willing to buy bitcoin at higher prices are the ones who actually walk away with bitcoin. The price of bitcoin in Africa is only higher because we actually people willing to buy bitcoin at a premium. In the next section I talk about why.

3. Bitcoin is better than the money we’re using now

In Zimbabwe, you are very limited with what you can do with the money in your bank account because banks are restricting the use of debit/credit cards online and they are having trouble keeping their Nostro accounts liquid enough to allow their customers to do international transfers. In fact, in Zimbabwe, even the government has trouble sending money outside the country sometimes. Nigeria is almost in a similar situation where capital controls imposed by the Central Bank are making it difficult for locals to do business across the border. ** I couldn’t find an article online to cite the statement I just made on capital controls so if you know one ** , please mention it in the comments below and I’ll come back to update my article with that new information.

4. The bitcoin in Africa was bought on an exchange outside Africa

And when you think about it: the price of bitcoin that is quoted on an exchange is not the actual cost to acquire the bitcoin. If you were to include bank transfer costs when you make the USD deposit, the deposit fee the exchange charges and the transaction fees you’re charged when you actually buy bitcoin, the actual cost for buying bitcoin ends up being in the 3% — 6% range. The costs are even higher if you’re buying with a different currency than the one that’s supported on the exchange because your bank starts making money from you on the exchange rate they use to convert your money to that other currency.

How this can be fixed…

A few possible solutions are:

It’s generally accepted that electricity cost in Africa is too expensive to use to mine cryptocurrency but that statement is just not true. While it’s true that you could mine profitably in other parts of the world you can still mine profitably in places such as Zimbabwe. A quick back-of-the-envelope calculation shows that if one were to purchase the latest Antminer, and use it to just mine bitcoin at just the peak electricity cost in Zimbabwe,they would make all their money back in less than 7 months.

We already have people that are taking advantage of the negative transfer fee that exists when you send money to Africa — increasing that number could bring down the price of bitcoin in Africa.

Remittance costs to Zimbabwe using companies like Western Union and Moneygram cost about 11% to 15% of the money being sent so if someone in the Diaspora is holding $100 and wants to send it to Zimbabwe, less than $90 actually gets to the recipient. But with the difference in the price of between Zimbabwe and the western countries, it’s now possible to get a negative transfer fee: that is, someone wants to send $100 but more than $100 will actually get to the recipient.

3. Exporters opting to get paid in bitcoin

For the same reasons exporters would/should want to get paid in bitcoin, African companies/startups with offshore investors could/should also opt to have investment money sent in bitcoin.

5. More cryptocurrencies apps are being launched on the continent

Bitcoin was the first cryptocurrency and it was designed to solve a specific problem: allowing online payments to be sent directly from person to person without going through a financial institution. However, bitcoin is not the only player in the game. There are hundreds of other cryptocurrencies that work in a way that is similar to or was inspired by bitcoin and each of these cryptocurrencies solves a very specific problem for either a specific market or a multi-sided market.

With a $9.7 billion market capitalisation and with over US 1.5 trillion worth of bitcoin traded on exchanges every day, bitcoin is still the biggest and most popular cryptocurrency. There are 87 other cryptocurrencies that have a market cap that is greater than $1million.

To those wishing to venture into that space, David Johnston has some excellent whitepapers on the best practices one should follow when launching their own cryptocurrency and on where these cryptocurrencies get their value from.

6. Getting more locals to work for bitcoin/cryptocurrency

Bloggers in Africa can start writing on Steemit and get paid in cryptocurrency.

People with extra disk space on their computers can use apps Storj or Sia.

Elon Musk: US Economy Is Probably in Recession That Could Last 18 Months — Warns It ‘Will Get Worse’
Bitcoin.com May 18, 2022 No Comments

Tesla and Spacex CEO Elon Musk says that the U.S. economy is probably in a

South Korea Launches ‘Emergency’ Investigation Into Collapse of LUNA and UST
Bitcoin.com May 18, 2022 No Comments

Bitcoin is discounted near its ‘realized’ price, but analysts say there’s room for deep downside
Cointelegraph May 17, 2022 No Comments

The ongoing saga with Terraform Labs, the blockchain developer behind Terra (LUNA), took a turn

NFT prices take a gut punch as the crypto bear market deepens
Cointelegraph May 17, 2022 No Comments

Without fail, crypto has a way of humbling even the most self-assured and this market

Terra Community Plans to Vote on Forking the Chain — Launch May Airdrop a Billion New Tokens to Network Participants
Bitcoin.com May 17, 2022 No Comments

Following the aftermath of Terra’s UST implosion, the blockchain project’s founder Do Kwon has been

The First Rewards Card for the Web3 World by The Crypto Card Club
Bitcoin.com May 17, 2022 No Comments

Global financial regulators will discuss crypto at G7: Report
Cointelegraph May 17, 2022 No Comments

Central bank governors and finance ministers from the Group of Seven, or G7, are reportedly

More Dubai Businesses Open Up To Crypto Payments
Cryptodaily May 17, 2022 No Comments

After the Citizens School, a law firm in Dubai announced that clients would be able

The crypto lobby in Washington is gaining momentum
Cryptodaily May 17, 2022 No Comments

The pro-crypto lobby has grown exponentially since 2020, and now more than $30 million has

With the development of gaming platforms, virtual items have also become a popular method of

India’s Central Bank RBI Warns Crypto Could Lead to Dollarization of Economy
Bitcoin.com May 17, 2022 No Comments

India’s central bank, the Reserve Bank of India (RBI), has expressed concerns that cryptocurrencies could

EY, one of the world’s largest accounting firms by volume, has partnered with Polygon to

Gold for Good: Why are we tokenizing the preservation of gold?
Cryptodaily May 17, 2022 No Comments

Gold has been hailed as a valuable investment for decades, not only as a hedge 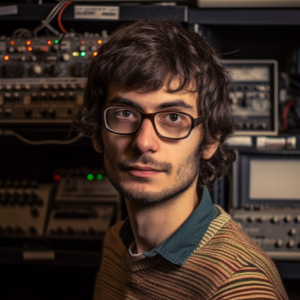 April 8, 2022
CRYPTOHOLICS.COM use cookies on our website to give you the most relevant experience by remembering your preferences and repeat visits. By clicking “Accept”, you consent to the use of ALL the cookies.
.
Cookie settingsACCEPT
Manage consent