Below we'll cover the eToro staking feature. We'll discuss the currencies you can stake, how it works, what you'll get back, and how to get started. 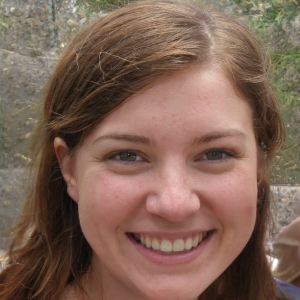 We recommend the best services through an independent review process, and advertisers do not influence our picks. We may receive compensation if you visit partners we recommend.

If you are scrutinising for a brokerage firm that authorises you to stake, buy and trade crypto, then you should sign up for eToro.

Cryptocurrencies aren’t subject to interest rates in the same way fiat currencies are. So how do you make your crypto investment go further? Major exchanges and brokers offer “staking” options for some currencies, allowing you to grow your inventory with minimal effort.

What is Staking on eToro?

In crypto, staking means mining units of currency based on the value of that currency that you already hold in an open position. When you stake through a platform like eToro, you retain ownership of your funds, but allow the broker to use your currency to increase the chance of validating the next blockchain transaction.

Staking through a platform, therefore, turns mining on proof-of-stake coins into a collective endeavour. The platform pays users back in rewards for the increased mining power their funds give the platform. It’s somewhat similar to the way fiat investment banking works in terms of how a larger platform uses investors’ money to pay back dividends, but the rewards come from mining new units of a scarce resource (the cryptocurrency).

How Does eToro Staking Work?

eToro staking rewards investors based on their membership level. Investors incur some small fees for the service, but in theory, this should be more than offset by the yield.

•      Bronze eToro members, as well as all U.S. members, are eligible for the basic scheme. This offers a 75% return on the monthly staking yield.

•      Silver, Gold, and Platinum Club members will receive an 85% return on the monthly yield.

•      Diamond and Platinum+ Club members receive a 90% return on the monthly yield.

In addition to a higher percentage of the yield, the higher club levels offer significant perks besides the return for eToro staking. However, these membership levels have other fees associated with them.

U.S. users receive the same reward as bronze members – this also applies to U.K. users who signed up to the platform on or after February 8th, 2022 for Tron and Cardano, or February 1st for Ethereum 2.0.

The yield is calculated monthly. The site works out how much currency users had in an open position at midnight GMT for 30 days. This value is averaged out across the 30 days.

The yield for that month is applied to this average value. Users then receive a proportion of the yield as a reward.

The fees are subtracted as the remaining percentage of the yield. For example, average U.S. users will incur fees of 25% of the yield, while Diamond Club members will only pay fees of 10%.

There are no other “flat” fees associated with the staking program. This means that users are only charged as a proportion of additional earnings – there’s no chance of “loss” as long as the collective investment generates a yield.

It should also be noted that positions aren’t eligible for rewards if they involve:

What Coins Can You Stake on eToro?

Only proof-of-stake coins are eligible for staking. Proof-of-work cryptocurrencies can’t be staked in this way as mining is performed by computer power rather than the value of investors’ stakes.

There are 2 coins currently supported for eToro staking: Cardano and Tron. The platform has stated that it plans to add more coins, including Ethereum 2.0 when Ethereum transitions to a proof-of-stake system.

Cardano is one of the largest proof-of-stake cryptocurrencies. To become eligible for Cardano rewards on eToro, users must have held an open position using Cardano for at least 9 consecutive days. Rewards are earned from the 10th day that users hold the position.

Tron is a well-known proof-of-stake cryptocurrency with a focus on a fully decentralized internet. To earn rewards, you must hold an open position on Tron with eToro for at least 7 days – rewards are earned from the 8th day.

Ethereum is expected to change its system to proof-of-stake soon. The new cryptocurrency will be known as Ethereum 2.0 – eToro has announced plans to make staking rewards accessible to users for Ethereum 2.0 positions when this happens.

Can You Stake Bitcoin on eToro?

Bitcoin operates using a proof-of-work system. As the platform earns rewards for its users by putting their stake towards mining in proof-of-stake systems, you can’t earn rewards for staking Bitcoin on eToro. This would require users to lend the platform their computing power for mining rather than their crypto assets.

How Do I Stake on eToro? Step-by-Step Guide

2.    For U.S. and U.K. users, proceed to step 3. For users outside these countries, choose an account membership level – Bronze is the most affordable, while higher levels offer better rewards.

3.    Purchase either Cardano or Tron through the platform and hold an open position.

4.    You will start earning rewards after 7 days (Tron) or 9 days (Cardano). Multiple open positions will be calculated together as part of the monthly average you have in an open position.

5.    Rewards will be paid back as a percentage of the yield each month.

In which countries are eToro Staking available?

In the following countries is staking allowed.

How Much Can You Earn From eToro Staking?

Staking is popular because it’s a method of earning cryptocurrency that demands very little effort or understanding. It’s considered to be much more secure than most investments, although it has no impact on a wider value of a currency. All users need to do is hold an open position.

As it earns passive “interest” in the long term, eToro staking isn’t a way to make huge gains quickly unless the value of a staked currency appreciates suddenly. If you expect the value of Cardano or Tron to rise dramatically, having a long-term staking position open could be very beneficial.

Should I Use eToro Staking?

Staking on eToro is fairly straightforward. A 75%-90% monthly return based on your stake is quite attractive – but does eToro have the best staking option among the large crypto brokers?

Binance offers a much wider range of coins for its staking pools. It generates annual interest rates of up to 104% on some currencies, although many others are much lower.

Unlike eToro, Binance provides a “locked” system. This means that users’ investments are locked in for a specific period (e.g. 90 days), during which their position remains open. Users receive daily payouts.

While Binance offers more options, this can also be more confusing for novice users (who often benefit most from staking). Investors might also prefer the non-locked system on eToro.

Coinbase offers an accessible staking platform. It provides access to several coins, although none as well-known as Cardano (eToro) or Solano (Binance). It suggests that users can earn up to 5% APR on their stake.

Coinbase is well-known for having an accessible platform, and its staking service benefits from this.

All 3 platforms have good services in this area – eToro’s offering is advantaged by its relatively high rate of return and the “open” nature of the stake.

If you’re considering staking on eToro, your first step should be to learn more about Cardano and Tron. This will help you choose the best currency to open a position in. After that, sign-up is simple, and you can start staking immediately.

What is staking with eToro?

Staking with eToro is a process that allows users who own and hold supported cryptoassets to earn rewards – just for holding them. eToro executes the staking process on behalf of its users. The rewards are more of these cryptoassets, which means that users grow their cryptoasset holdings, using a similar mechanism to the way in which a person can earn interest on money.

Who is eligible to receive staking rewards on eToro?

What are the supported cryptoassets for staking on eToro?

The supported cryptoassets for staking on eToro are Cardano (ADA), Tron (TRX), and Ethereum (ETH)*. For a list of eligible countries where ETH 2.0 can be staked with eToro, click here (since I am not able to browse, I cannot provide the link).

*It is worth noting that not all eToro users are eligible to receive staking rewards for ETH 2.0.

How is the monthly yield for each cryptoasset calculated on eToro?

To calculate the monthly yield for each cryptoasset on eToro, a daily snapshot of each user’s holdings is taken at 00:00 GMT. This shows each user’s eligible staking units for all of their open positions. The total of all the month’s snapshots is then divided according to the number of days in the month, producing an average daily amount. The monthly yield percentage per cryptoasset is calculated based on this average daily amount, and then the applicable Club member percentage is added to the calculation. The resulting amount is the individual user’s monthly reward. It is worth noting that the amount of a reward must be of a value that is no less than 1 USD.

Can eToro users waive their right to receive staking rewards?

Emma Keenan
Loves the written word and never backs off a fight with the writers block. Always scanning the web for the latest within crypto. Heavy book reader and dreaming of a cottage all paid in bitcoin.
Open an Account

Our Rating:
5
5
Learn more
Cryptoassets are a highly volatile unregulated investment product. No EU investor protection.
CRYPTOHOLICS.COM use cookies on our website to give you the most relevant experience by remembering your preferences and repeat visits. By clicking “Accept”, you consent to the use of ALL the cookies.
.
Cookie settingsACCEPT
Manage consent